This time, it’s SkySpecs, which provides an inspection service for wind turbines using drones, eliminating the need for technicians (often called “skyworkers”) to conduct the high-risk job hundreds of feet in the air. 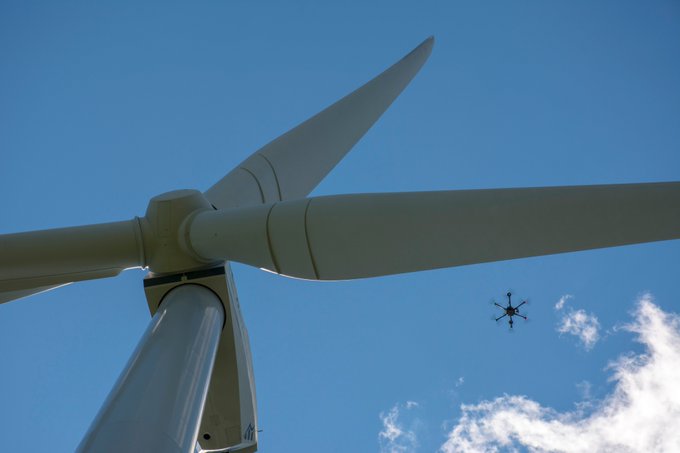 “SkySpecs is the fastest growing inspection company in the wind sector, making rotor blade inspections more precise and safe while keeping operations at a lower cost compared to traditional methods,” said Alexander Kueppers, investment manager at Statkraft Ventures in a news release. “Their technological expertise combined with scalable operations is the key to grow the business worldwide.”

SkySpecs CEO Danny Ellis remarked on what customers can expect from the service this year.

“Last year we proved that SkySpecs is the best-in-class at collecting data that can be used to assess the health of energy infrastructure,” Ellis said. “This year we will enable owners to harness the power of the data collected by our automated drones in a platform that they can use to decide what to repair and when to repair it.”

According to SkySpecs, more than 20 inspections per day can be carried out by one drone.

Since 2013, SkySpecs has won several awards, including the Michigan Clean Energy Venture Challenge put on by University of Michigan and DTE Energy Co., first place at Acceleration Michigan Innovation, and a research grant from the National Science Foundation.

Until now, SkySpecs has been inspecting wind turbines in the U.S. and Europe, and with this new investment, plans to further develop its drone data-collecting software and to expand its international operations.