Research participant’s father leaves funds in will to support research into fragile X, other neurodevelopmental disabilities

“We didn’t know until they read the will!” exclaimed Heyman, who lives in the Atlanta area and is a member of the MIND Institute’s National Council of Visitors, a group of respected leaders who support the mission of advancing research into neurodevelopmental disabilities.

Her father, Leon Goldstein, had left a sizable donation to the MIND Institute. The gift has created the Translational Research Impact Fund, designed to speed the process of turning research discoveries into therapies and support for individuals with autism, fragile X syndrome, ADHD, Down syndrome and other conditions.

“It just thrilled us.” Heyman said. “It was amazing that he left us this great resource to help fund things that are important to us as a family.”

Heyman is a carrier of the gene that causes the genetic condition fragile X syndrome and has taken part in research studies at the MIND Institute for years. 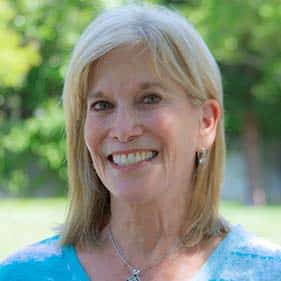 My biggest hope is to let the researchers know that we’re behind them and that we support them and their work.”—Gail Goldstein Heyman

Translational research: from bench to bedside

The new fund is designed to help increase the speed at which research discoveries move from the lab into practice and patient care.

“My biggest hope is to let the researchers know that we’re behind them and that we support them and their work, and I hope we’ll also inspire other families to contribute to the Translational Research Impact Fund, by knowing what important work they are promoting,” Heyman said.

The MIND Institute has roughly 60 faculty members from 16 different departments and schools at both the Davis and Sacramento campuses of UC Davis. They specialize in the research of neurodevelopmental disabilities and the treatment of the challenges that can be associated with them.

The new fund builds on its strengths as an interdisciplinary institution.

“MIND Institute research has always been defined by a spirit of collaboration rather than competition, and the recognition that the complexities of neurodevelopmental disabilities require building innovative teams of scientists with different approaches to solving those complexities,” MIND Institute Director Leonard Abbeduto explained.

The goal is to maximize wide-scale impact and benefit for patients. 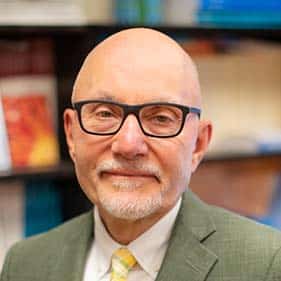 MIND Institute research has always been defined by a spirit of collaboration rather than competition and the recognition that the complexities of neurodevelopmental disabilities require building innovative teams of scientists with different approaches to solving those complexities.”—MIND Institute Director Leonard Abbeduto

Among the neurodevelopmental disabilities researched and treated at the MIND Institute are fragile X syndrome and its associated conditions.

Heyman is a carrier of the fragile X premutation, which affects a single gene on the X chromosome, known as FMR1. Some people are largely unaffected, like Heyman. But others may develop FXTAS (Fragile X-Associated Tremor Ataxia Syndrome), a neurodegenerative condition that mainly affects older males and was discovered at the MIND Institute. FXPOI (Fragile-X-Associated Primary Ovarian Insufficiency) also affects some female premutation carriers and may impact fertility.

Carriers can also pass the full mutation on to their children, which can cause fragile X syndrome. Characteristics may include intellectual disability, behavioral and learning challenges.

Fragile X runs in families, and Heyman has multiple loved ones who are affected by one of the three conditions.

This discovery spurred Heyman into a life of action and advocacy. She takes part in research, traveling to the MIND Institute regularly as a study participant, and she and her family are long-time donors. They also established the Goldstein/Heyman Family Innovative Research Fund for FMR1-Related Conditions several years ago.

“Gail and her family have for many decades given their time and energy to causes that help make life better for families affected by neurodevelopmental disabilities,” Abbeduto said. “Her family exemplifies a wonderful spirit of giving and a commitment to improving people’s lives. We are inspired and humbled by their trust in us.”